The history of the Rogue River is exciting, turbulent, tragic, and very complex.     The name itself is probably derived from the river’s first human population, native Americans who the French called “Coquins” with an english translation of “‘Rogues”.

The Rogue River is now one of the West’s major rafting, jetboating, fishing, and hiking destinations.

[Some of the history on this page is adapted from Wikipedia]

The Tututni is the name of a Native American group originally located in southern Oregon in the United States. Tututni was not a single tribe, but a conglomeration of many affiliated and related tribal groups.   The total estimated population of these tribes in 1850 was about 9,500. The French Canadian employees of the Hudson’s Bay Company called them all “coquins”, meaning “Rogues”and this is where the name “Rogue River” probably originates.   The principal tribes grouped under the name Tututni were the Latgawa (Upland Takelma), Takelma (Lowland or River Takelma), Shasta (Chasta) and different subtribes of the Coquille (Ko-Kwell), including the Upper Coquille (Mishikwutinetunne, Mishi-qute-me-tunne – ″the people dwelling on the river Mishi″) Shasta Costa, Dakubetede (Da-ku-be-te-de) (Applegate Area), Tututni (Lower Rogue River), Taltushtuntede or Tal-tuc-tun-te-de(Galice Creek Area) and Yugweeche (Eu-qua-chees) (Euchre Creek). 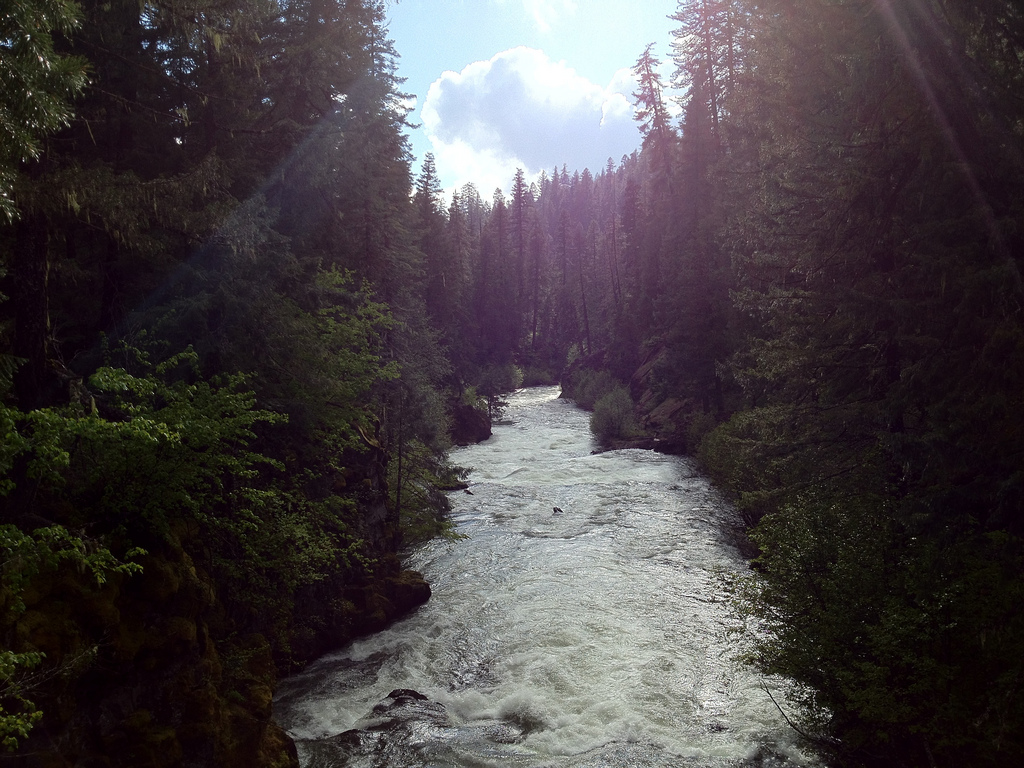 1792:  British explorer George Vancouver anchors near  Cape Blanco on the Oregon Coast.  Natives from the Rogue River Region visit the ship in canoes.

1826:  Alexander McLeod of the Hudson’s Bay Company leads an exploration from the Company’s  Fort Vancouver headquarters to the Rogue Region.

1827:   Another Hudson Bay Company expedition, this time with leader Peter Skene Ogden, makes  contact between whites and the inland Rogue River natives in the Siskiyou Mountains as the group sought beaver skins, a very expensive and popular item in Europe at the time.1834  Michel Laframboise leads a Hudson Bay Expedition which is reported to have killed 11 Rogue River natives.   A separate group of beaver trappers led by American Ewing Young, shot and killed at least two Rogue River natives

1835:  Rogue River natives kill four whites in a party of eight traveling from Oregon to California.1837:  Two survivors of the 1835 conflict join others on a cattle drive organized by Young.  The group killed the first two Indians they met north of the Klamath River.

1846:  Visits to the region by white explorers and pioneers increase as the Jesse Applegate party developed a southern alternative to the Oregon Trail.   The new trail was used by emigrants headed for the Willamette Valley of Oregon.   Later called the Applegate Trail, this new route passed through the Rogue and Bear Creek valleys and crossed the Cascade Range between Ashland and south of Upper Klamath Lake.    About 100 wagons and 500 emigrants used the new trail later in 1846, passing through Rogue Indian homelands between the headwaters of Bear Creek near current Grants Pass.   Violence in the Rogue River region was fairly limited until 1848 when tensions escalated as miners headed to the Rogue River region and to California in search of gold.

The Rogue River natives attacked a group of returning miners along the Rogue in 1850.  This led territorial governor Joseph Lane to negotiate a treaty with Apserkahar, a leader of the Takelma Indians.   The treaty promised protection of Indian rights and safe passage through the Rogue Valley for white miners and settlers. Unfortunately the treaty failed and peace did not last.   Gold miners  established a mining camp in 1851 at Jackson Creek, which later became Jacksonville.   The City of Jacksonville is now one of only a few cities where the entire town has a National Historical designation.    Attacks on miners in 1851 led to Army intervention and fighting near Table Rock where US soldiers joined miner militias against the Rogue River region natives.   John P. Gaines, the new territorial governor, negotiated a new treaty with some but not all of the Indian bands, removing them from Bear Creek and other tributaries on the south side of the main stem.[43] At about the same time, more white emigrants, including women and children, were settling in the region. By 1852, about 28 donation land claims had been filed in the Rogue Valley.[44] Further clashes in 1853 led to the Treaty with the Rogue River (1853) that established the Table Rock Indian Reservation across the river from the federal Fort Lane.[45] As the white population increased and Indian losses of land, food sources, and personal safety mounted, bouts of violence upstream and down continued through 1854–55, culminating in the Rogue River War of 1855–56.[46]

Suffering from cold, hunger, and disease on the Table Rock Reservation, a group of Takelma returned to their old village at the mouth of Little Butte Creek in October 1855. After a volunteer militia attacked them, killing 23 men, women, and children, they fled downriver, attacking whites from Gold Hill to Galice Creek.[47] Confronted by volunteers and regular army troops, the Indians at first repulsed them; however, after nearly 200 volunteers launched an all-day assault on the remaining natives, the war ended at Big Bend (at RM 35 or RK 56) on the lower river.[47] By then, fighting had also ended near the coast, where, before retreating upstream, a separate group of natives had killed about 30 whites and burned their cabins near what later became Gold Beach.[48]

Most of the Rogue River Indians were removed in 1856 to reservations further north. About 1,400 were sent to the Coast Reservation, later renamed the Siletz Reservation.[49][50]To protect 400 natives still in danger of attack at Table Rock, Joel Palmer, the Oregon Superintendent of Indian Affairs, ordered their removal, involving a forced march of 33 days, to the newly established Grande Ronde Reservation in Yamhill County, Oregon.[51]

Mail boats on the Rogue River

Rogue River Ranch at Marial, to which mail was delivered by boat and mule

1883:     Elijah H. Price, proposed a permanent mail route by boat up the Rogue River from coastal town of Gold Beach  (then called Ellensburg)  to Big Bend on the Rogue River, a route of approximately 40 miles to serve,  Price told the government, about 11 families but no towns.   The US Post Office resists this idea for the next 12 years.

1895:  Official US Postal Service begins as a one-year trial of the Rogue River route.    Post offices are established at Price’s log cabin at Big Bend upriver to deliver mail, packages, and groceries from Wedderburn near the mouth of the Rogue.    Price’s unpaid job is to run the post office and make one round trip per week in the mail boats.

1897:  A post office is established at Agness (a misspelling of the postmaster’s daughter’s name), near where the Illinois River joins the Rogue River and 8 miles  from Illahe.

1903:   Marial post office is established, also named after the Postmaster’s daughter.    Due to the treacherous rapids upriver, mail travelled by mule between Illahe and Marial.   After 1908 most mail traveling beyond Agness also went by mule.

The Illahe post office closed in 1943, Marial  in 1954.   It was the last postal facility in the United States to still be served only by mule pack trains.

The first mail boat was an 18-foot (5.5 m), double-ended craft made of cedar.  By 1930, the mail-boat fleet consisted of three 26-foot (7.9 m) boats, equipped with 60-horsepower Model A Ford engines and designed to carry 10 passengers.[60] By the 1960s, rudderless jetboats powered by twin or triple 280-horsepower engines, began to replace propeller-driven boats. The jetboats could safely negotiate shallow riffles, and the largest could carry nearly 50 passengers.[61] Rogue mail-boat excursions, which had been growing more popular for several decades, began in the 1970s to include trips to as far upriver as Blossom Bar, 20 miles (32 km) above Agness.[62] As of 2010, jet boats, functioning mainly as excursion craft, still deliver mail between Gold Beach and Agness.[63] The Rogue River mail boat company is “one of only two mail carriers delivering the mail by boat in the United States”;[64] the other is along the Snake River in eastern Oregon.